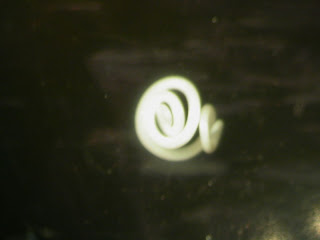 Anisakis is a genus of parasitic nematodes/roundworms which infects the stomach of its hosts. The host of this parasite usually is the marine mammal, the sea lion, but is know to infect humans. The parasite has a protective layer against gastric acid and survives burrowed into the gastric wall [1]. The transmission of this disease occurs when infective larvae are ingested from fish that humans eat raw or undercooked[2]. It is spread to the host via consumption of raw or undercooked seafood containing the larvae of the nematode Anisakis such as fish. Anisakiasis is the disease caused from Anisakis, which seems to only affect humans. The US reports fewer than 10 diagnosed cases each year. In jhapan, where raw fish is an integral part of the Japanese diet, more than 1000 cases have been reported each year [4]. Some of the symptoms are stomach pain and nausea while the larvae survives in the human stomach; after it dies Anisakis causes a new set of fatal symptoms.

Humans are considered an accidental host for the nematode parasite, which inhibits the growth of the parasite in the stomach, which later causes the deleterious immune response [3]. There are different types of infections that affect humans: Anisakis simplex, Pseudoterranova decipiens, Anisakis physeteris, and Contracaecum spp., the former two being more commonly involved in human infections [3]. The first case of a human infection of Anisakiasis was in the Netherlands over 50 years ago, and now has been reported in Korea, France, the United Kingdom, Spain, Germany, Italy, Egypt, and the United States [3]. When affecting humans, it generally encounters the human stomach and is unable to survive while trying to burrow out of the gastric wall. It fails to do so and causes an inflammatory immune response that results in the immune response of the white blood cells to form a mass of immune tissue called a granuloma which sometimes resembles appendicitis Crohn's disease [4]. Anisakis begins in the feces of an infected sea mammal, which contains the Anisakis eggs. These eggs hatch immediately in the presence of seawater and are later eaten my crustaceans whom are eaten by other fish or squids. The larvae penetrate the gut and encyst in muscles or other parts of the fish. Finally a marine mammal eats the infected fish and the larvae excyst in the bowel to find another larvae of the opposite sex to mate with. It then exits the body in the feces and the cycle is completed. Before the larvae excyst in the bowel of the marine mammal, sometimes humans consume the infected fish which then the larvae will excyst in the stomach of humans. Here humans are the accidental host which the larvae is unable to survive and dies, causing Anisakiasis.

Anisakis is a common parasite which usually has no fatal affect to normal hosts such as crustaceans or sea lions. Only when ingested by humans do the parasite cause such Anisakiasis. The parasite is commonly to affect in fish species such as cod, haddock, fluke, pacific salmon, herring, flounder, and monkfish [4]. The term Anisakiasis has been used to designate not only the human disease causes by the third-stage larvae of Anisakis spp. but also the human disease caused by other third-stage larvae of other members of the anisakidae family [3]. There has also been a field of research in allergen using the extracts of A. simplex being the standard of allergens [3].

An example of Anisakis

Since Anisakiasis is caused by the ingestion of infected fish in humans, there are different forms of parasites similar to this such as Trichinella Spiralis. However one difference is that humans are an unintentional host of Anisakis which can be explained by the death of the parasite upon ingestion of infected fish. The point of a parasite is to try to survive and reproduce; however, Anisakis dies almost immediately when it has entered the human gut. When going through the normal life cycle, Anisakis is able to reproduce and continue unlike when entering the accidental host of humans.

Here is an interesting video from the show Monsters Inside Me: