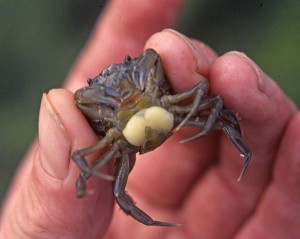 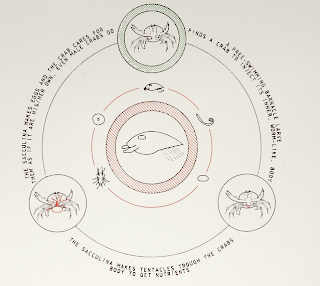 As a nematode, the hookworm, Necator americanus, is a parasite that mainly targets humans and is usually released into the soil through human feces. However, it can also be found in cats and dogs. Found in Africa and Europe it is also endemic to certain parts of China, particularly to the Sichuan Province [1].
The bane of human life in certain parts of the world, the infection of the worm can lead to iron deficiency anemia in humans resulting from blood loss. The severity of the infection is directly correlated to the number of worms present in the host. As the number increases the host experiences escalating symptoms such as fatigue, weight loss,  iron deficiency anemia, and possibly death. Children are at a higher mortality risk [2].

Description of N. americanus
Even as an adult N. americanus is a rather small organism, reaching a maximum length range of 9-11mm. However, it has a “bite.” It has two pairs of cutting plates located dorsal and ventral. In its adult form it is cylindrical and has a hook like body. It can live up to five years in the host organism [3].

Once in the soil, the eggs of N. americanus hatches into its first form, the rhabditiform larva. Growing in the soil, it molts twice until it reaches the filariform stage where it is now ready to infect an unsuspecting human being. Upon coming into contact with a human, it burrows into the host skin. Once inside it travels to the lungs via the circulatory system, where it travels up the trachea and is swallowed. Its destination is the small intestine. It hooks itself onto an inner wall, causing increased blood loss and begins feeding on the host. It matures and reproduces in the small intestine. From there, the eggs pass through the feces and enter the soil where the cycle begins once again [3].

http://www.youtube.com/watch?v=CxFj1-UgCFw
Found mainly in tropical regions, N. americanus requires warm and moist conditions in order to hatch. Warm temperatures and high levels of rainfall seem to increase the level of transmission as was seen in a study conducted in along the coastal plain of Kwazulu-Natal province, South Africa [4]. Treatment of N. americanus involves administering the drug albendazole which generally wipes out about 90% of the infection. Iron supplements and a high protein diet speeds up the recovery process [5,6].


In Parasitism, Claude Combes discusses the advantages of specializing in one species of host. These advantages include limiting intraspecific competition, increasing probability of genetic exchange, and decreased pressure of transmission between hosts by limiting the cycle to one host species. By limiting itself to the human species, N. americanus decreased the stress involved in having multiple host species and the transmission from one particular species to another in the cycle. However, the disadvantage to this is that it limits geographic extension, resources, and increases chances of local extinction in the host. As it is with every strategy there are pros and cons.